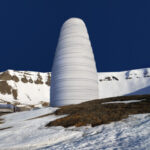 Here is a preview of the places, attractions and events not to be missed next 2021 and 2022 in Norway. The new iconic Munch Museum will open soon in Oslo. But 2021 and 2022 will be years of grand openings of many new attractions, adventures and luxury hotels. Several projects long in preparation throughout Norway are finally preparing to open their doors to the public.

Below is a preview of what to expect. Hoping to experience them firsthand

The Norwegian painter Edvard Munch is one of the world’s most significant artists and the new Munch Museum in the centre of Oslo provides evocative, engaging and modern art experiences. The museum is one of the world’s largest museums dedicated to a single artist.
The museum will have three permanent exhibitions, which means that many of his 28,000 works, including “The Scream”, are displayed at all times, in addition to works by renowned Norwegian and international  artists, plus innovative contemporary artist. The museum will also offer concerts, literary readings and other cultural activities and events,
Next to the museum will be a brand new family-friendly beach called Operastranda with a floating dock, a diving platform and green recreational area. Opens summer 2021

Along selected roads in Norway, natural wonders are amplified by art, design and architecture, meant to bring visitors closer to nature in new and surprising ways. From the far north to the deep southwest, Norwegian and international architecture and design have stepped into the landscape to intervene in the scenery along 18 especially beautiful roads.
Each road offers several groundbreaking sites – viewpoints, art installations or resting areas with some of the world’s most beautiful toilets.
Some of the big news from Norwegian Scenic Routes for 2021 will be the new rest area at Høllesli in Ryfylke (opens in April) and the rest area Oscarshaug at Sognefjellet with a spectacular toilet (opens in September).

The Harestua Solar Observatory is North Europe’s largest astronomical facility and was a world-leading solar research centre in the 50’s, 60’s, 70’s and 80’s. From the 80’s, the observatory has served as a learning and information center for astronomy and science.

The Solar Observatory offers activities, guided tours and lectures on astronomy, surrounded by beautiful nature in unique settings.
Harestua Solar Observatory has engaged the architects at Snøhetta to renew and expand the centre. The plans involve the addition of a 1,500 square metres planetarium, as well as scattered interstellar cabins, each shaped like a small planet.
The observatory is located 45 minutes north of Oslo.
Opens 2021/2022.

The future is here. Zeabuz opens up a new world of waterborne urban transport. These sleek, self-driving and climate-friendly ferries will transport people across or along waterways on demand – almost like a floating elevator. The Zeabuz ferries will be equipped with cameras to scan for obstacles and a navigation system to monitor the boat’s speed and position.
The ferry was developed by researchers at the Norwegian University of Technology (NTNU) in Trondheim as an alternative to a proposed bridge across the city’s harbour canal.

Zeabuz will be introduced in Trondheim as well as in other Norwegian cities and along the coast in 2021.

Europe’s longest suspension bridge -15 metres above Haldenkanalen (the Halden Canal), located at the Brekke Locks, with exciting climbing trails and a 250 metres long zipline are just some of what is waiting young and old when the Via Ferrata Haldenkanalen opens in April, 2021.
The Brekke Locks are some of the most impressive canal locks in Europe and are an attraction in itself and a favorite destination for visitors to Halden. The Halden Canal is ideal for canoeing and kayaking, and in combination with the Via Ferrata makes for an exciting combination of climbing, flying and paddling. The facilities are suitable for children from 10 years old providing fun for the whole family.
Halden is located south of Oslo, close to the Swedish border.
Opens April 2021.

Located in the permafrost, 1,300 kilometers beyond the Arctic Circle, the remote island of Svalbard is known for its unique geopolitical and climate stability and is thus a suitable place for safe long-term storage. Both as a long-term storage facility built to stand the test of time – and the challenge of natural or man-made disasters.
In Longyearbyen, Svalbard, 78 degrees north of the Earth’s equator, Snøhetta has designed a visitor centre for Arctic preservation storage called The Arc, referencing its location in the Arctic and its function as an archive for world memory.
The centre will showcase the content from the Svalbard Global Seed Vault – the world’s largest secure seed storage, and the Arctic World Archive – a vault that aims to preserve the world’s digital heritage.
Opens 2022.

From 2021, the Havila Voyages will sail the most environmental friendly ships on the Norwegian coast between Bergen in the south and Kirkenes in the north, calling on 34 ports of call (the same as Hurtigruten). The ships will sail through narrow fjords, and on the high seas, past steep mountains and weathered islets, under the Northern Lights and the midnight sun.
The two first ships (out of four) are loaded with the world’s largest battery park, and for four hours they will sail without noise or emissions through the fjords. The batteries are charged with clean hydropower at shore, and when the batteries are low they switch to natural gas which cuts CO2 by around 25%. The hull is specially designed for maximum energy efficiency and excess heat from the cooling water and sea used for heating onboard.
The four ships can carry 640 passengers with 179 cabins, including Deluxe Seaview & Junior Suites and Presidential Suite.
Starts spring 2021.

On the quay of Kristiansand harbour, a new art museum will arise from a  historical landmark and grain silo. From historic downtown digs, to an expansive building, Kunstsilo will become a national landmark, representing the uniqueness of Sørlandet (Southern Norway), both nationally and beyond.
The museum will act as a catalyst for Nordic Modernist art, through a mix of statement exhibitions, deep educational involvement and constant social interaction. The museum will have permanent and temporary exhibitions, and will consist of art from the old museum and art donation from a private collector. The ambition is to become one of the Nordic region’s leading art museums. Opens 2022.

in 2022 the largest art museum in the Nordic countries will open in Oslo. The museum will offer older and modern art, contemporary art, architecture and design, all under one roof and in completely new ways.
The new museum will be a place for new ideas, inspiration and significant cultural experiences. Large new exhibition spaces will allow the National Museum to display more of its collection than ever before.
Until it opens, there is an information centre called Mellomstasjonen showing how the museum will turn out when it’s finished, and offering guided tours as well as artist talks.
Opens 2022.

Occupying the former headquarters for Oslo Lysverker – the city’s electrical company – the opening of Sommero House in the summer of 2022 marks the rebirth of a 1930’s landmark in one of Oslo’s loveliest neighbourhoods.
Redefining the hospitality industry, with a strong focus on culture-hungry locals, Sommerro will stand as a community in its own right, an open house with a hub of restaurants and bars, plans for a library and a small private cinema, and the city’s first rooftop pool, sauna and terrace – a year round destination with sweeping views over the capital.
The hotel will offer 246 rooms including an accompanying villa with 15 rooms and suites. Sommerro is in the same family as The Thief and Amerikalinjen, two of the top notch hotels in Oslo.
Opens in 2022.

The Whale – rising out of the stunning landscape in Vesterålen in Northern Norway – will be a cultural museum to observe whales and the underwater wildlife, under the magical Arctic lights.
Mostly submerged within the depths of the ocean of the deep blue sea, the newest world-class Arctic attraction, The Whale, will draw in visitors with its extraordinary architecture that blends with the dramatic landscape surrounding it.
The museum positions itself as one of the best places in the world to watch whales and learn about the salient aquatic mammals through science, art and architecture.
Opens in 2023.

Norway is the place to experience the magical northern lights and the midnight sun above the Arctic Circle; visit the world-famous fjords surrounded by spectacular mountains and glaciers; and in the midst of stunning scenery, enjoy gourmet food and culture in the cities of Oslo, Trondheim, Stavanger, Bergen and Tromsø.
Photo credit from above: Snøhetta-and-Plomp, Harestua, Snøhetta-and-Plomp, Zeabuz, Nasjonalmuseet.