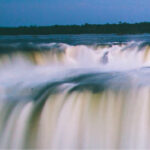 The country was selected as the region’s most attractive tourist destination in a voting in which more than two million people took part. From today, there is one more reason to discover the best of our land and Latin America.

After 26 years, the World Travel Awards has recognized Argentina as the South America’s Leading Destination in 2021: there are plenty of reasons to visit the country

Its diversity, nature, rich cultural offer, varied gastronomy, high spirits, and nightlife. For all that and many other reasons, Argentina became South America’s Leading Destination 2021 in the World Travel Awards. This year, the WTA had more than two million votes from tourism professionals and travellers.

We are a few days away from the long-awaited border reopening to the world, and Argentina stands on the podium as the region’s most attractive destination. In this category, Brazil, Bolivia, Chile, Colombia, Ecuador, Paraguay, Perú, and Uruguay were also nominated. In addition to the country’s recognition as a leading destination, 13 private sector referents were also acknowledged, including hotels, ecological resorts, travel agencies, and tour operators. Also, Bariloche was granted the Argentina’s Leading Destination award.

The Executive Secretary of INPROTUR’s commitment for his country, the consequent well-deserved joy for the prize and the future projects

Ricardo Sosa, Executive Secretary of the National Institute of Tourism Promotion (INPROTUR), organism in charge of Argentina’s promotion to foreign countries, expressed joy for the acknowledgement: “We are working hard to show the tourist attractions in every corner of our country. We are also cooperating with the private sector so that tourism is reactivated as soon as possible. We are proud of the award. It implies a major boost to continue working this way”.

What is the World Travel Awards? It is the main excellence hallmark in the industry. Since 1993, the awards have been organized to acknowledge and celebrate the effort across all sectors in the tourism industry.

In these 26 years in which the South America’s Leading Destination award has been granted, the Brazilian metropolis, Rio de Janeiro, was the most honoured city with 16 prizes, followed by Quito with 6. In 2020, Chile was the awarded destination. This year, professionals and the public sector decided to acknowledge Argentina due to its digital positioning and promotion campaign carried out last year.
Photo courtesy by Visit Argentina