HomeDestinazioniSpazi & NaturaRock Garden of Malampuzha: A Garden of Wonders, where all the artefacts are crafted from scrap 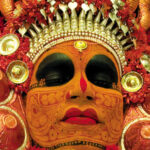 Picture this – a rock garden of many wonders, where all the artefacts are crafted from scrap. At the Rock Garden of Malampuzha, the second rock garden in India, a grand collection of artworks beautifully sculpted from refuse, awaits visitors.

Art lovers and not only are bound to be fascinated

Conceived and designed by noted sculptor Nek Chand Saini, this garden gives a second lease of life to discarded scrap materials such as cans, plastic bottles, broken tiles, bangle pieces, stones, tins and so forth. Art lovers are bound to be fascinated to see every scrap given a creative spin, and transformed into an exotic piece of art.

The rock garden is being maintained by the District Tourism Promotion Council, Palakkad. It is the second such garden in India to be created by the same artist who made one in Chandigarh. Surrounded by verdant rolling hills, the rock garden offers an utterly romantic setting where one can enjoy the human made wonders in the lap of Nature.

This garden is also home to another architectural marvel…

The diversity of the country is reflected in the statues constructed in the garden. Scenes taken from the cultural art forms of Kerala such as the Kathakali, Theyyam, Kalarippayattu and Thiruvathirakali have been recreated here. This garden also houses another architectural marvel, the Malampuzha Yakshi (demigoddess) which was built in 1969 by the renowned sculptor Kanayi Kunhiraman.

You will see one of the man-made wonders in India