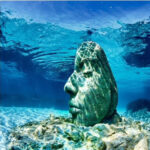 France is definitely focusing on sustainable tourism, which has become the goal of all the regions of the country featured in the magazine, from the Loire Valley to Paris Région, from Normandy to Le Havre-Étretat to the Côte d’Azur, from Menton to Nice, Alsace, the Var, Corsica, up to the Nouvelle-Aquitaine which aims to become the most sustainable region of France.

Milan, Italy.
The new Explore France magazine presentation took place on May 12th at the Sheraton Diana
Majestic Hotel. The hotel can be a truly historic building, yet modern and advanced. The
Sheraton Diana Majestic combines the sophistication of the past with the aesthetics of the
present. Walking into the hotel, the white walls and ambiance are striking. Inside, the building is
filled with furniture that gives the hotel a new lease of life. The ideal place for an important event, which saw the future of French tourism in the name of sustainability.

The room where the presentation was held was located near the veranda, which overlooked the
back garden of the hotel, as well as the building itself. Due to the fact that the garden has an
abundance of vegetation, the veranda is saturated with fresh air and pleasant summer sunshine.
Being in such an atmosphere completely forgets everyday life and wants to relax. Thanks to this
environment, the presentation was light, and two hours flew by very quickly. An Explore France magazine that impressed with its commitment, aimed at all sectors and a capillary distribution targeted between France and Italy, was printed in 50,000 copies, a digital circulation of 4 million impressions.

Before the presentation, it was possible to take a photo, then send it by e-mail. In such a gesture,
the event organizers showed that the listeners are the main feature of this event. Furthermore, a
small vase could be thrown as a business card before starting, which will be a pleasant surprise
for the audience. Also those present were given a magazine which was straight from the press.
The presentation of the magazine “Explore France” was hilarious as speakers often addressed the
audience and even made little quizzes on the knowledge of places of interest in France. The excellent magazine “Explore France 2022” presented an edition entirely dedicated to sustainable tourism, the leitmotif is water, a precious commodity essential to life. The water of the sea and that of rivers and canals, the water of well-being, of the thermal baths, of the spa, of the many sources of beneficial mineral waters. France today aims more than ever to be a country of sustainability, and the environment and water are two key sectors in this sense. So, an appointment in France!

Furthermore, the change of speakers helped not to get bored, and all attention went to the new
person. In addition, the presentation included a video, which helped to get acquainted with the
beauty of France. Overall, the atmosphere was charming, and I wanted to spend even more time
with this company. Likewise, as mentioned earlier, the business cards left in the vase gave two
random people a trip to France.
After the presentation, there was a buffet in the Diana Garden. The garden looks fantastic, and
you could definitely spend more than an hour there.