HomeDestinazioniEnglish channelAppointment with history, discover the charm of the “Tempelhofer Feld” in Berlin 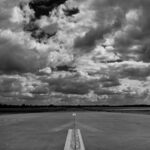 TEMPELHOFER FELD, SOUTH OF THE CENTER OF BERLIN, IS A TRULY SPECIAL AND UNIQUE PLACE, WITH ITS LARGE PARKS IN THE MIDDLE OF THE METROPOLIS IN THE FOREGROUND. BORN AS AN “PLANE PLANE” IN THE FAR 1948/49, TODAY A SYMBOL OF FREEDOM.

Tempelhofer Feld: the huge open space of about 350 hectares, where memories of history and freedom live

The English Garden in Munich, Central Park in New York, Hyde Park in London or the Tiergarten in Berlin – all of them were created as park landscapes at some point and have remained so to this day.
Not so the Tempelhofer Feld: The huge open space of about 350 hectares never had a fixed purpose for all times. No king hunted here, and no art landscape is cultivated here today. Instead, recreation-seekers skate over former flight paths, and a sea of grass has grown over the historic site.

Throughout the centuries, the needs of the city and its inhabitants have been the compass by which its use has been oriented. The Tempelhofer Feld is therefore a mirror of Berlin’s eventful history – of the strong stories of progress, freedom and world publicity, but also of the city’s sorrowful and dramatic moments.
We want to tell you these stories today and would be happy if you bring along a little bit of desire to browse…..

In its early days, the “big field” resembles a hidden picture:
In the 17th century, it was still being plowed and worked as farmland by Schöneberg farmers. But already at the beginning of the 18th century, the troops of the Prussian king marched here: the Tempelhofer Feld had become a military drill ground. At the same time, extremely popular horse races were held here in the 1830s – before the field mutated into a transportation hub for German rail traffic with the onset of industrialization. A few meters away, by the way, people picnicked and kicked until well into the 20th century: Berlin’s first soccer club, BFC Frankfurt 1885, played its home games here, as did the oldest Berlin club still in existence, BFC Germania 1888. For the time being, there are no fixed playing fields, only arbitrarily placed markings. In 1912, there were 32 playing fields, which were distributed by lot. Finally, in 1924, a large sports stadium was built on Tempelhofer Feld that could accommodate 40,000 soccer fans.

… and a piece of aviation history, between tragedies and successes

While Berlin’s first soccer clubs compete for victories on Tempelhofer Feld, German aviation history is being written at the same site. Vast open spaces in a pulsating metropolis invite people to think up and try out great ideas. And so people experiment boldly, but also daringly:
“I want to try whether I can get away from this boring earth,” writes Swiss painter Arnold Böcklin, assembling two gliders in August 1883, together with soldiers from the railroad regiment. The experiment ends in ruins: Gusts of wind tear off the wings of the planes and destroy them.
In the 1890s, the field becomes a demonstration site for several more flight experiments, two of which end fatally: One airship bursts into flames and crashes with its inventor; another initially soars to an altitude of 400 meters, but then is wrecked during an emergency landing. Such tragic events alternate with significant moments of scientific success:

Balloon Barbara and Balloon Prussia, the spectacular flight that brings you to the knowledge of the stratosphere

The oldest known German aerial photographs are taken from the balloon Barbara in 1886. In 1901, Tempelhofer Feld is the stage for a world record that is not broken for 30 years: Meteorologists Berson and Süring ascend to unknown heights in the balloon Preussen. They reach an altitude of 10.8 kilometers in an open balloon on a spectacular flight during which they both faint, bringing back significant evidence of the existence of the stratosphere, the exploration of which begins a year later.

An appointment with history, between human suffering and major rescue operations

In the 20th century, Tempelhofer Feld was the scene of both: great human suffering and rescue operations of world-historical dimensions.

During the dark times of National Socialist rule, Tempelhofer Feld is the site of a prison camp run by the SS and the Gestapo. Between 1934 and 1936, this is also the site of the only official concentration camp of the SS in Berlin, the Columbia concentration camp. Since 1936, the National Socialists have been building a new large airport in the middle of Tempelhofer Feld to replace a smaller one from the 1920s. By 1940 at the latest, however, the entire site was being used exclusively for the armaments industry. Thousands of forced laborers live here with their families in makeshift barracks and assemble the infamous dive bombers.

The scene changes after the collapse of Nazi rule: the “Berlin Airlift” brings Tempelhof Field into the light of world publicity and gives it indelible fame as a symbol of freedom.
On the night of June 24, 1948, Soviet troops block all access routes to West Berlin. The blockade of West Berlin is the first climax of the Cold War. At a stroke, 2.1 million people in West Berlin are isolated and cut off from daily supplies. The Western powers decide to stand up to the Soviets: Over the next 15 months, Allied planes land at Berlin airports some 278,000 times, transporting food, medicine, coal, machinery and all other goods needed for daily life to West Berlin. Tempelhof became the main airport. At times, planes took off and landed here every 90 seconds. Berlin children run enthusiastically onto Tempelhof field as the American pilot Halvorsen begins dropping small parachutes loaded with candy.

In May 1949, the Soviets finally gave up and ended the blockade. But until October, the Allies maintain the air program in order to be prepared in case of further obstructions of the supply routes.

1950s: Many thousands flew to the West. And Tempelhof Field becomes the only safe way

A few years later, Tempelhofer Feld is once again a symbol of freedom and solidarity: In the 1950s, many thousands of people from the Eastern European regions come to West Berlin. All those who can prove political motives for doing so are allowed to stay in the Federal Republic – in 1951 alone, around 4,000 people are recognized as “refugees” every month. The exodus of thousands of citizens from the GDR put increasing pressure on the SED government, which reacted by threatening those willing to leave and their families. Further transport of the people from West Berlin to West Germany through GDR territory is unthinkable. The solution was once again Tempelhof: for years, recognized refugees were flown out to the West via the runways of Tempelhof Field – the only safe route.

Even in the 21st century, Tempelhofer Feld in Berlin remains a place of movement and lively debate:
Tempelhof Airport will be used until 2008, when operations will cease. Over the next few years, the former airfield will become a huge urban open space for all Berliners. Already on the first weekend of its opening, around 235,000 visitors come here to celebrate, picnic, cycle, skate, fly kites.

The Berliners enjoy “free runway” as they did a hundred years earlier and organize quickly when the Senate’s development plans become public. The citizens’ initiative “100 percent Tempelhof” is committed to preserving the recreational area. In May 2014, a referendum with a large majority leads to success: By law, the Tempelhofer Feld remains undeveloped.

A place for socio-political debate, and the question of building development

In 2015, Tempelhofer Feld once again becomes a place for refugees after 65 years: Since October 2015, the hangars of the former airport have been filling up with hundreds of people from Syria and other countries at war and are being converted into emergency accommodation. In order to cope with the flood of refugees into Berlin, the Senate is building temporary accommodation on the edge of Tempelhofer Feld, which – not even two years after the referendum on non-development – is leading to renewed controversial discussions.
Currently, too, there is again a dispute about “building or not building“:
In October 2020, the Berlin FDP launched a signature campaign to bring about another referendum: This time for the development of the Tempelhofer Feld. On the outer borders, 12,000 apartments are to be built on 100 hectares. By May 2021, the Berlin FDP wants to collect 20,000 votes for the referendum.
From population and politics head wind comes. Not only many Berliners and athletes* of all disciplines are against a building development. Many endangered animal species have also discovered the quiet expanse for themselves, including the skylark and about 40 different species of bees and wasps.