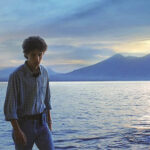 The latest film by Paolo Sorrentino is his best yet: raw, personal, stylistically elegant but never overly pretentious.

Milan, Italy.
I have finally watched The Hand of God, the new film by Academy Award winner Paolo Sorrentino, winner of the Grand Jury Prize at the last Venice Film Festival and possible candidate for the Oscars as Best International Feature (fingers crossed, the Golden Globe nomination should be a good sign). I was so sorry not to be able to see it in theatres and having to watch it on Netflix, where it has already been released, instead, but I nevertheless really enjoyed it. It is undoubtedly the best film of the director, personal, without those frills that have always made his directing very pompous. I loved that there is something autobiographical and all the characters are extraordinary, with that touch of the grotesque that I loved. It is a funny but also raw film, which tells an artificial reality (which is consistent with what is said inside it) and moments that scream all of Sorrentino‘s passion for cinema. Toni Servillo was great, but to be honest the actors are all in part, especially Filippo Scotti, who plays the protagonist Fabietto Schisa, who was a real revelation. It is truly a jewel, perfectly directed and extremely human. Hands down the best movie of this year, now I can tell.

The Hand of God gives us a human experience, rather than a cinematic one. It reveals a lot about its director, and his very recognizable way of making cinema. A film that is clearly divided into two parts, in which the registers of the “before” and “after” change drastically. Such division indeed leaves you breathless. There is a “turning point” in the script, as in life, an event that changes the course of the plot. In real life… that something happens and changes us forever. In the case of Sorrentino, it is the tragic death of his parents and his fortuitous survival. And who among us has not experienced a personal fracture in that changing script that is life? A finished love, a wrong done to us, a person who leaves us: who knows behind which pages our personal twist is hidden. There lies the power of the film: The Hand of God is an open book or, may I say, it is almost the prologue of a bigger story, that of a young orphan from Naples who, a couple of decades later, will become one of the most important Italian directors of the 21st century and who will thank his ‘saviour’ Maradona on the Oscar stage, the peak of any filmmaker’s career.
Photo courtesy by, Property of Netflix.