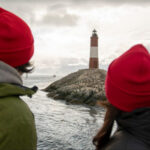 Travel to Argentina to discover: the most beautiful bookstores in the world, the largest water curtain on Earth and live the most intense sports experience in the world…

Traveling is in our DNA, it infects us with a tireless energy and above all the fascination with which they reveal new experiences as if it were the first time.

Traveling is breaking down prejudices, challenging yourself, grasping cultures and growing by leaps and bounds. Traveling to Argentina adds the immense satisfaction of visiting destinations at the top of the world rankings. It is the second largest country in Latin America, becoming an item on everyone’s wish list. Following 15 Argentine recor not to be missed, which will surely influence the next trip to the South American continent.

The hugeness of one of the world’s biggest pieces of ice, natural wonders awarded worldwide, a gastronomy that captivates the most demanding palates, outstanding academic areas, the world’s best winery, an endless list of World Heritage Sites… Shall we go on? There are many more reasons that make the asado country lead the South American podium. According to a 2019 report published by the ONU’s World Tourism Organization, Argentina is without question the most visited country in the region. How could we say no to such a fact?

A place where time doesn’t go by, or rather, where all times are possible. Ateneo Splendid is in Buenos Aires, in the Recoleta neighbourhood. In the ’20s, it was the stage of dance performances, operas, and even historical moments, such as Gardel’s singing of a tango song. Yet, nowadays, it is a paradise for eager readers and curious tourists. Walking around the aisles, surrounded by 120,000 books looking for owners, is the perfect excuse to find new favourite ones and bump into the classics. Its theatrical past is still present in its architecture. Actually, the red curtains behind which the staging would shine are still there, embracing a café ideal for getting away from the urban rhythm and immersed in thousands of universes in sync.

3 – The World’s Most Intense Sport Experience

That’s how the British newspaper The Observer described the River–Boca iconic football encounter. And it was also added that watching it in La Bombonera is one of the 50 sport shows people must see at least once in a lifetime. It’s a duel dividing a nation into colours and sides, the results of which define people’s mood. You know, strong feelings are never suppressed in Argentina. These kinds of moments show tourists why Maradona was a god to us, that a ball is more than just an object, and that the country’s passion is unparalleled. Shouts, songs, hugs, and even tears arousing in the stadium are there to prove it.

“Places on Earth that are of outstanding universal value.” That’s how UNESCO defines a World Heritage Site, and Argentina, with 11 places like that, shakes up adventurers’ compasses. Six of them are of great cultural importance, and the other five, of natural significance. Are there Sites for all tastes? Yes, of course. You can find one of the world’s oldest forests with 2620-year-old trees and even step on the ground where dinosaurs themselves lived. There are also 150 kilometres of colour in the north, seas where whales put on a live show, and much more.

5 – The Largest Water Curtain on Earth

The Misiones’ Iguazú Falls, with 275 falls, is considered the world’s most massive waterfalls, apart from being one of the seven Wonders of the Natural World, of course. It is precisely because of this that describing them in just some lines makes it look like we don’t do them full justice. We’ll try it, though. The strength of the water, the vastness of nature, and the humid dew caressing the eager and smiley travellers explain the utter splendour of the situation. There is something for sure: nobody can remain indifferent to the thunderous fall of Argentinian waters.

The well-kept Antofagasta de la Sierra’s secret is around here: Antofalla salt flat. It is in the puna, and despite its 12-kilometre width, it’s the largest in the world with 163 kilometre long. The main figures are the Ojos del Campo, three inactive geysers that disguise a trio of interconnected lagoons. So, the final image is a salt desert with three three-coloured circles in shades of blue, red, and black. FYI: it’s an ideal destination for restless souls. Cover it on 4×4 vehicles and a camera at hand.

What does a student look for before defying its destination apart from the academic offer? Good energy, nightlife, and various plans for adventure-seeking young people. So, if just one city fulfils all these requirements, where can it stand on the leaderboard? Exactly. The Quacquarelli Symonds consulting agency placed Buenos Aires as Latin America’s best and the world’s 22nd city to study at a university in its 2021 ranking. As a matter of fact, this big metropolis is home to the seven-time designated Ibero-America’s best institution of higher education: the University of Buenos Aires (UBA). There is no doubt, this city’s magic is the ideal mix of educational quality and vibrant life.

Aconcagua, with 6,961 metres, is South America’s highest and one of the world’s most famous mountains. A true glory for climbing lovers arriving at this southern land, precisely Mendoza. It has 33 routes, and all cover spell-binding rock masses which, together with surrounding nature and the starry, violet, and orange sky, make up dreamy views. How long can it take you to reach the summit? Fifteen days. So, if sports is your cup of tea, this note is a signal: start planning your next trip!

More than 28 slopes and 140 hectares ready to be enjoyed every morning managed to position Chapelco for five years in a row to the top of the World Ski Awards leaderboard. A spectacle in the province of Neuquén, where you can go skiing, snowboarding, sledging, and virgin-snow trekking. And these are just some adrenaline surges! What’s the icing on the cake? The landscapes and panoramic views from the Lanin National Park and Lácar lake in winter, the top-notch gastronomy, and thousands of beer houses to celebrate in the open air.

10 – The World’s Third-Largest Glacier Mantle after the Poles

A massive giant of freezing water rises in the south of Argentinian territory. As UNESCO put it, a place of exceptional value. A landscape dressed up in white and light-blue, just as the flag of the country nesting it. Los Glaciares National Park in Santa Cruz is the biggest of the country and one of the world’s most important and enormous ice masses. It is a natural wonder delighting local and international travellers with its calvings. The iconic Perito Moreno glacier and the unique Monte Fitz Roy are the main figures. Is it a destination to wear your shoes out? Of course.

11 – One of the World’s Most Southern Places

If someone took you to the End of the World, would you go? In Argentina, stepping on one of the world’s most southern lands is possible. You can even hear the rattling sound of the most southern train, which is worthy of any international adventure among snow peaks and unique sceneries. Where? Ushuaia, Tierra del Fuego, wins travellers’ hearts and connects them to the feeling of being at the ends of the Earth. Actually, reasons to be swept off your feet abound: the quaint Les Éclaireurs lighthouse, the famous Beagle Channel, water adventures, and even ski centres.

12 – Best Winery in South America and the World

Its grapes reach more than 60 countries on the five continents. Coincidence? Of course not. Since 2019, the winery Zuccardi Valle de Uco in Mendoza has won the World’s Best Vineyards prize, giving every visitor a purple smile. Quite an award for oenologists across the world, don’t you think? The mix of the magical painting portrayed by the Andes Mountain Range, the superb tastes of its restaurant, Piedra Infinita, and the high notes that only its wines know of are the grounds for such recognition. Have we already convinced you?

Esteros del Iberá in Corrientes is an ecosystem where everything seems to be perfectly integrated. The green of hills, the light blue of the sky, the melodies of each inhabitant, and the feeling of connecting to local nature with a clean slate. Picture this: 12,000 kilometres of endless trails, vibrant swamps, almost 400 bird species, and the most diverse flora and fauna. You can cover it in boats, canoes, kayaks, and even horses. All are excellent choices because you only need to admire and observe Argentina’s ground gifts. Mind you! The spectacle in Esteros is even more incredible at sunset.

This story goes back many, many years ago, in 1870, to be precise. Today is a small gourmet spot in the capital of Córdoba, but in the past, it was a 36-metre-long aisle that used the service of and connected the houses in the block. As travelling around Argentina implies a feast for taste buds, Papagayo offers top-notch regional food in such a small space that the experience becomes supreme. Does this make your mouth water? So, you’ll have to visit it. Moreover, the design is excellent, but it is not us saying so: it is one of the thirteen best-designed restaurants globally, according to the architecture portal Dwell.

Two million penguins found their home in Punta Tombo Natural Protected Area in Chubut. It makes sense because all these small animals live surrounded by amazing beauty: steppe, reddish rock, and turquoise sea. So, this destination is a must in any traveller’s Bible for fauna-watching lovers. Oh! Did you know that, besides Magellanic penguins, you can find 108 seabird species that top off the experience?